YogaTrusted Source is an ancient practice that may have originated in India. It involves movement, meditation, and breathing techniques to promote mental and physical well-being.

There are several types of yoga and many disciplines within the practice.

This article explores the history, philosophy, health and wellness benefits, and various branches of yoga.

Yoga is an ancient practice that involves physical poses, concentration, and deep breathing.

Yoga is now a popular form of exercise around the world. According to a 2017 national surveyTrusted Source, one in seven adults in the United States practiced yoga in the past 12 months.

The first mention of the word “yoga” appears in Rig Veda, a collection of ancient texts. Yoga comes from the Sanskrit word “yuj,” which means “union” or “to join.”

Yoga can be traced back to northern India over 5,000 years ago.

Indian monks spread their knowledge of yoga in the West during the late 1890s. Modern yoga teachings became widely popular in Western countries by the 1970s.

The overall philosophy of yoga is about connecting the mind, body, and spirit.

There are six branches of yoga. Each branch represents a different focus and set of characteristics.

The six branches are:

Yoga maintains that chakras are center points of energy, thoughts, feelings, and the physical body. According to yogic teachers, chakras determine how people experience reality through emotional reactions, desires or aversions, levels of confidence or fear, and even physical symptoms and effects.

When energy becomes blocked in a chakra, it triggers physical, mental, or emotional imbalances that manifest in symptoms such as anxiety, lethargy, or poor digestion.

Asanas are the many physical poses in Hatha yoga. People who practice yoga use asanas to free energy and stimulate an imbalanced chakra.

There are seven major chakras, each with its own focus:

There are many styles of yoga. A person should choose a style based on their goals and fitness level.

Types and styles of yoga include:

This type of yoga practice uses ancient yoga teachings. However, it became popular during the 1970s.

Ashtanga applies the same poses and sequences that rapidly link every movement to breath.

People practice Bikram yoga, also known as hot yoga, in artificially heated rooms at a temperature of nearly 105oF and 40% humidity. It consists of 26 poses and a sequence of two breathing exercises.

This is a generic term for any type of yoga that teaches physical poses. Hatha classes usually serve as a gentle introduction to the basic poses of yoga.

This type of yoga practice focuses on finding the correct alignment in each pose with the help of a range of props, such as blocks, blankets, straps, chairs, and bolsters.

This type teaches practitioners to know, accept, and learn from the body. A student of Kripalu yoga learns to find their own level of practice by looking inward.

The classes usually begin with breathing exercises and gentle stretches, followed by a series of individual poses and final relaxation.

Kundalini yoga is a system of meditation that aims to release pent-up energy.

A Kundalini yoga class typically begins with chanting and ends with singing. In between, it features asana, pranayama, and meditation that aim to create a specific outcome.

In the late 1980s, practitioners developed this active and athletic type of yoga based on the traditional Ashtanga system.

This system uses a five point philosophy as its foundation.

This philosophy maintains that proper breathing, relaxation, diet, exercise, and positive thinking work together to create a healthy yogic lifestyle.

People practicing Sivananda use 12 basic asanas, which they precede with Sun Salutations and follow with Savasana.

Viniyoga focuses on form over function, breath and adaptation, repetition and holding, and the art and science of sequencing.

Prenatal yoga uses poses that practitioners have created with pregnant people in mind. This yoga style can help people get back into shape after giving birth, and support health during pregnancy.

This is a relaxing method of yoga. A person spends a restorative yoga class in four or five simple poses, using props such as blankets and bolsters to sink into deep relaxation without exerting any effort when holding the pose. 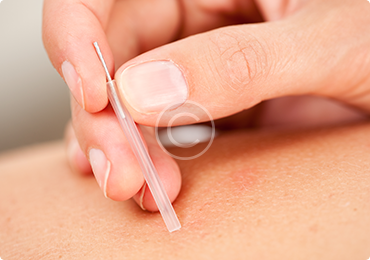 Stay up to date on how to maximize your health and well-being!